I can not create an empty project under windows: Error: Could not create PCH

besides this, for some reason it does not accept openfl.lib: Warning: Unused import

I can not solve the problem the second day. What am I doing wrong? 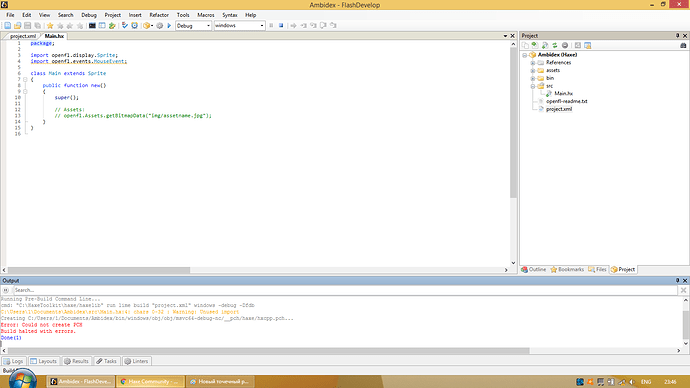 Error: Could not create PCH

The log not showing the full message, try running it from terminal instead. But it seems like your c++ compiler is not correctly installed and is missing something, probably ‘cl.exe’: 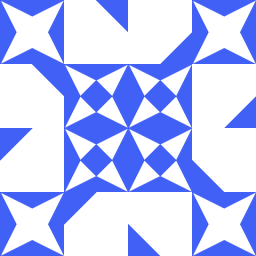 Unused import is just a warning alerting you that the import you have done is not used.

PCH is a precompiled header file.

When you “downloaded” hxcpp, did you use haxelib to do so? And did you follow the secondary install/compile instructions in the README.md file? If not, then hxcpp isn’t built for your platform and will not work. Use haxelib path hxcpp to find out where the library is installed and then follow those instructions.

Also, if you don’t have a cpp compiler, you will need to install one. Visual Studio – not VSCode – or gnu compilers (e.g. via Cygwin) are supported.

If you dont want to bother with installing visual studio / cpp compilers, you can just run haxelib install minimingw and use -lib minimingw in your compiler arguments. I found this super easy when testing haxe/cpp.

Don’t you still have to follow the hxcpp build instructions? How did that work with the minimingw library?

Don’t you still have to follow the hxcpp build instructions? How did that work with the minimingw library?

Build instructions are only for the git version, or the rare case where your os isn’t supported by the haxelib version (windows is)