is there a framework, that handles all bluetooth profiles/ services (or at least the basic ones) for all targets?

Wouldn’t it be another good reason to use HAXE, if we would have a framework like this?
And it could make this great language more popular…

I am also looking for this sort of functionality, but I haven’t found anything. You, me, or somebody else is going to need to take the time to implement this. The first step would be to start implementing bluetooth APIs for different platforms, I think.

I’ll second that. A bluetooth framework with BLE would be tremendously valuable because IoT uses lots of combinations of language and OS at device, gateway, and Cloud end. AWS IoT is one of the most common destinations. Object code size is a big consideration for devices. A good design would keep the footprint as small as possible on the device side. I can’t call myself a Haxe expert, but it sounds like a killer application because of the inherent diversity of IoT.

I have no experience in programming something, that relies on protocols.

But I imagine that the tasks could be properly shared. The complexity of bluetooth appears to me to be caused by the variety of profiles. Each profile represents a specific usecase and relies on a specific protocol.

So I assume, that the tasks could be distributed to different members of a community. That would break down the complexity to something that then seems to be manageable for each single programmer.

And I also think, that each target will have to be addressed by its own extern classes…

It definitely is on my agenda. But at the moment my plan is, to develop one profile for one specific usecase in about a few months. It’s also a matter of time.

But once it is done, in fact it would be a KILLER APPLICATION.

Hi, If you know some framework out there that have desired feature, we could port it to haxe or make externs so it can be used from haxe ( can be different bindings for different platforms). Also not sure if still valid but I remember there was some restriction to pair for example iOS and Android via Bluetooth. So if there is some framework that at least have native level sharing it would be much easier to write it in haxe and add other platforms.

What target do you need? Recently I have written a library that is abstraction over some native libraries (Node.js and React Native for now). And I am using it to help me to produce app that runs on both desktop and mobile, using the same codebase. 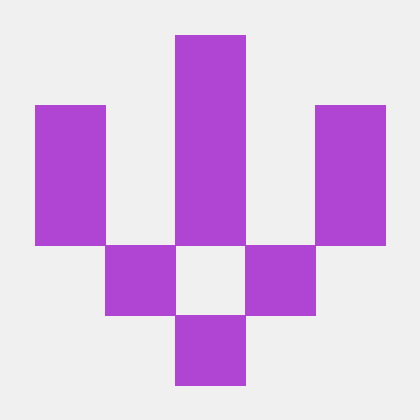 Abstraction for Bluetooth Low Energy (BLE). Contribute to why-haxe/why-ble development by creating an account on GitHub.

sorry for answering so late. Anyhow the e-mail messaging does not work properly for me in this forum, though I have checked the settings…

But I am standing at the beginning of my learning-curve in this matter. I also have to get familiar with the bunch of protocoles and with the security topics of bluetooth.

So thank you for your hint. I will try this out, when I am working on that topic again. At the moment I have to handle some general questions as well…