Best framework to do a map-based game?

I’m new to Haxe and I think it would be the perfect language to create a little project I have in mind for a while. This project is a geopolitical game (not on a real world basis), flat map, 2D. What I’d need is a UI library, a way to handle a camera (zooming/panning) and an easy way to draw, potentially with a vector library.

I’m kind a lost between pure Haxe, OpenFL, Starling, Kha, Flixel… What would you recommend for such project? I prefer low level frameworks over extra heavy ones with hundreds of commands I’ll never use, even if that means reinventing the wheel here and there.

I would recommend to think about the client user platform, the server, the data…
It may orient your thoughts, and ours !
Your question is too large to be answered with pros and cons of every solution haxe can bring.

I know what you mean, Joubarbe. It seems like there’s a number of good frameworks (some of which make use of others) targeting a number of platforms.

What might be useful would be a (possibly interactive) graphic/diagram that shows which frameworks/libs (and their main deps) work best with which targets.

Given your desire for a game, a flat map, and a UI library, I would suggest using HaxeFlixel. There is an application called Tiled which makes it easy to edit maps in TMX format. Since it’s built upon OpenFL, you have all its drawing functions at your disposal. Check out the Grid Movement demo to get started with TMX.

Sorry I wasn’t clear. By “map-based”, I basically imagine a Google Map with selectable region. But the world would be randomly generated (following this kind of technique). So I would definitely avoid any tile-based engine, such as HaxeFlixel.

I’m not sure about the target, I still need to better understand Haxe. Maybe C# or C++, because I want this to be a Windows native software.

Kha has its own environment, I need to see if the IDE is better than HaxeDevelop. Starling and Kha seem to be better for my project, but I could be wrong

Don’t know too much with pure Haxe, but for windows output with an easy access to Graphical acceleration OpenGL, there is OpenFL.
The one I’ve currently chosen for a project similar of yours’.

Thanks for the technique link ! It may be useful

Kha pretty low level and good at drawing primitives. OpenFL is slow for realtime rendering in sprite.graphics, but maybe have another way to do it. For UI Kha has zui and HaxeUI backend.

Low level is good. The more I look into it, the more I think Kha is the way to go. Is there some benchmarks somewhere that compare frameworks (in terms of performance)?

Does anyone use Starling? What’s the cool stuff about it?

Thanks for your answers.

Perhaps one of these is closer to what you are seeking? 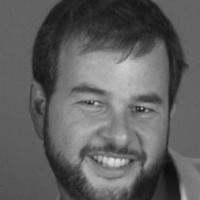 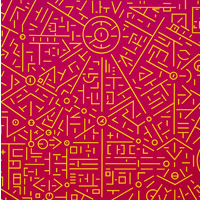 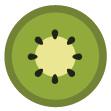 haxe externs for leaflet js. Contribute to CagetteNet/hxleaflet development by creating an account on GitHub.