I need to build a visual profiler frontend. I’m evaluating Haxe for the job. I’m a veteran AS3 dev but Haxe looks interesting. Which Haxe-compatible framework do you recommend for building a high performance 2D app similar to Adobe Scout? OpenFL? Flixel? Adobe AIR via Haxe? 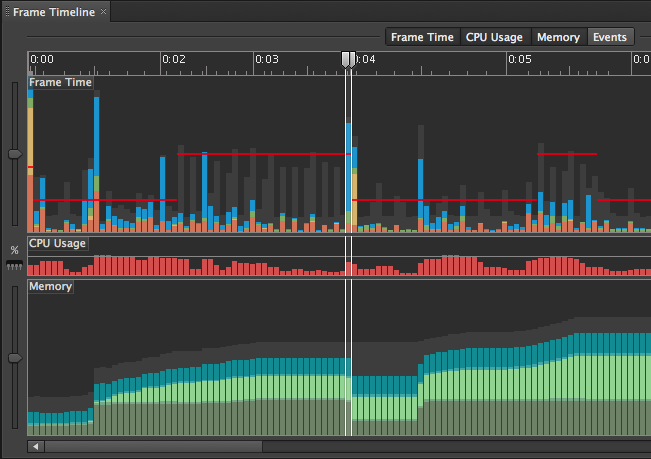 Does that work with Heaps too?

Theoretically it should, Nicolas added HL support to hxtelemetry a while back (the lib needed for use of hxScout):

Hey, some more info: hxScout was built a while ago on OpenFL 3 or something (aka legacy). Coming from AS3 / Flash, I wrote the UI with many Flash-like features such as Shape and Textfield and DropShadow and .scrollRect and BitmapData.draw. See all those things at work here: 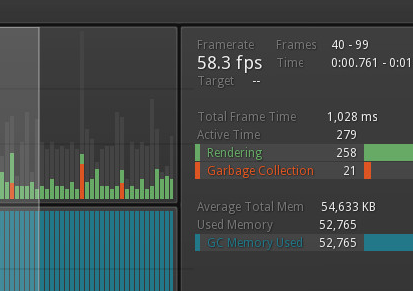 Today, OpenFL is evolving with more focus on games and Shaders and performance, which is great. But I still use legacy OpenFL and NME, because of the perfect rendering of the features I used in hxScout’s UI.

So, it all depends on what framework you know best, what kinds of UI components you use, what targets you need (e.g. NME doesn’t target web). And if you don’t want to build it all the UI pieces from scratch (which personally, I like to), check out haxeui, which supports basically every framework and target.

Oh, and regarding HL support – it’s basic at the moment. It’s reporting basic frame timing, but it’s missing some big things - I think like allocations and stacks. Or something like that. I can’t find the bug that listed the status, at the moment.