I am attempting to assign values to generated member variables for a generated TAnonymous struct in macro context, and I am having difficulty finding a solution.

Firstly, I should introduce what I am trying to do.

I have a series of documents I use to write my interactive story, and I am generating code based on what the story is. This means that all of my story assets are compiled into the game which makes loading stories far quicker and easier.

In one such document, I have the following scenario:

These two lines in my current Haxe macro code generates this:

Each “Block” is a part of a conversation, which means if I want to go to that part of the conversation I need to know at which point in the file this block begins.

So this code was born:

I realised I couldn’t assign a variable to TAnonymous, which makes sense since it’s a declaration and not a variable assignment in the haxe generated code at compile time.

So I tried the following to get the values (these values are indices which are determined by where each block exists in the conversation):

The above example code generates the following error:

How would you assign variables in this context? I realise Haxe can’t really access member variables like what I have done above, but is there a solution that would allow me to assign variables that are not known until macro time?

Not sure if this is exactly what you’re looking for:

Adapting your answer into my code has allowed me to assign the values.

Thank you for that. 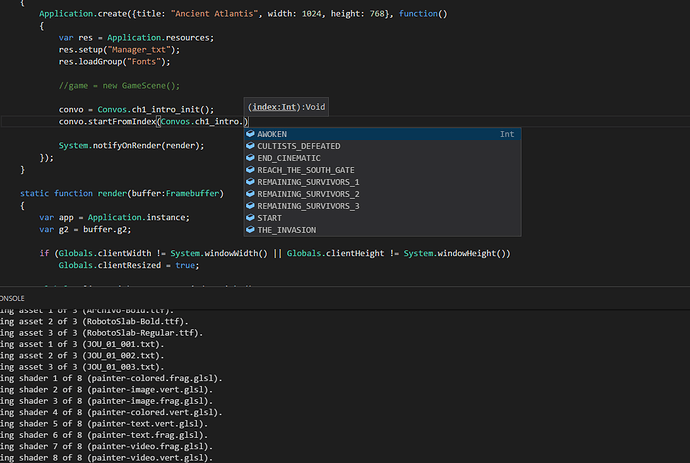