A request from the vscode extentions developers

Hi vscode extentions developers, please concider publishing your extentions to open-vsx as well, by these instructions.

I think it’s a one time registration, so other than this it shouldn’t be a hassle.

This repository aim to be a clone of vscode marketplace, but for the unmicrosofted vscodium.

Thank you very much, and thanks for the work you’ve done!

That doesn’t look like a one-time thing. It looks like all releases would have to be uploaded to this marketplace separately, which doesn’t seem like it’s worth the hassle.

Just an update.
I’ve sent a pull request to add some haxe related extensions repositories, and they were finally merged, built and included in the list, such as: 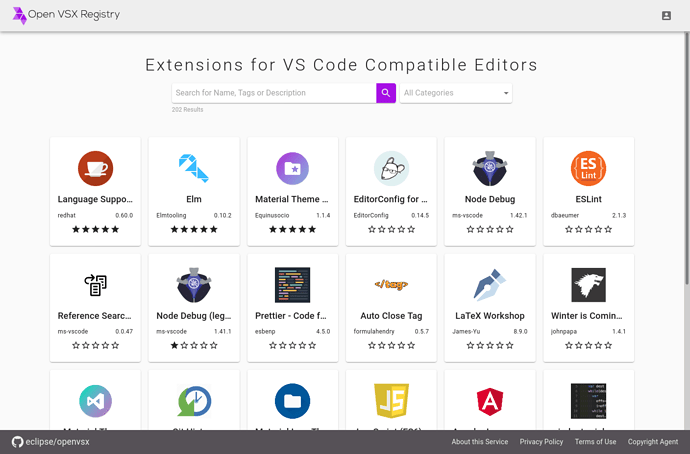 Open VSX is a vendor-neutral open-source alternative to the Visual Studio Marketplace. It provides a server application that manages VS Code extensions in a database, a web application similar to the VS Code Marketplace, and a command-line tool for...

However, the list maintainers mentioned that they had to manually update one of the extension’s package.json in order to make it build, and they mentioned several extensions without a licence, which prevented them from being included. You can read about it in the discussion over the pull request: